Perhaps I should have started to write around 1:30am, when I was feeling the nudge just as strongly as now. It’s been a few days of nudging… a few days of feeling the need to write… and not really knowing what to say but just feeling the need to get something, anything, down. Instead, I tried to sleep and perhaps I did nap but it’s been one of those nights where I don’t feel like I’ve slept at all. So, here I am – wool socks on, Valentine’s Day candles lit, my red bird lantern Christmas ornaments with the battery lights on the fireplace mantle, I’ve put more wood on the fire, am contemplating making a cup of tea; and left my electric blanket turned on the highest setting so that when I’ve finally gotten out whatever this nudging is all about, I can hopefully fall asleep again very easily.

Near the end of January, I received a message that my 93 year old Step-Grandfather had had a stroke a few days before and was not expected to live much longer. We took one day to do up the laundry and pack, and then drove the 7 hours south – straight to his lodge – as I continued to receive text messages from my aunt, updating me on his condition. I was so worried that I wouldn’t make it in time.

Candy. You know those sticks with the colourful candy roped around them like a unicorn horn? I’m not sure how else to describe them and can’t remember what they are called, but I do remember seeing them at candy stores when I was little and wishing I could try one. It’s funny what one remembers when thinking about memories with a loved one who is dying. He bought me my first one when I was a kid and I’m not sure that I’ve had one since. He loves candy. I’m certain that if I could walk into his room tonight, I’d find a bag of Werther’s hard caramels in there somewhere. I can see his shy, quiet, grin…. hear a whisper of a laugh – more breath than chuckle… and remember my many visits to his railway/catalogue ordered farmhouse in the middle of windblown prairie fields. One of the last times I visited him, I pulled out his photo albums and when pictures of his beloved farmhome came, I mentioned something of a memory and he asked with pleased surprise, “Have you been there?” I could have talked of Sunday dinners and Christmases and a reunion or two and staying overnight in the room with the yellow roses or of the deep cast bathtub or the green tiled fireplace or the swing in the big tree by the barn or that time that a calf came up where I sat and licked my hand – rolling up my finger in her warm, rough, tongue… but I just nodded with a smile and said, ‘Yes’. We saw more pictures and he talked of the people on the pages, as if they were strangers to me, but then something seemed to click into place, in knowing who I was. Fleeting, but sweet while it lasted, just like a candy. One day, he was a batchelor farmer – living in the farmhouse he was raised in (maybe even born in) – and the next, he was married to my Grandma and gained her children and grandchildren and, in time, great-grandchildren…. a legacy of love rather than blood. I wish I could remember every story he ever told me. I wish I could remember so many things about him more clearly. I wish I could hold his hand tonight… while it is still warm.

I entered the lodge – santized, temperature checked, signed-in, Covid-19 forms filled out – and then practially flew up to his second floor room. It was a process that I would become very familiar with over the next five days.

My mornings were spent teaching my children. After lunch, my husband would drive me the hour from my parents’ farm into the city and wait out in our vehicle for hours as I spent time with Grandpa J. During my visits, I held his hand, patted his shoulder, and talked about the weather and farming. He was mostly unconscious. The lodge staff checked in regularly. They loved Grandpa J. too and treated him so very well… some coming in on their days off and staying after their shifts had ended just to sit with him. My aunt (whom I call my ‘sister-aunt’ because she is only 4 years older than I am and much like an older sister) and I spent more time together than we have in decades. It was such a blessing and privilege to walk Grandpa J. to heaven together.

Day 6 Visit: I stood at his bedside for a while, after he passed away this afternoon, surrounded by Peace. The first Bible verse to enter my head… “He is not here – He is risen – just as He said.”

In the midst of sorrow there is faith. Hope. And so much Love.

Thank you for your hugs, thoughts, and prayers for my family & I.

We had arrived on a Sunday and left the following Sunday as my husband had to be back for an ultrasound that had been booked a month earlier. The kids and I stayed packed up and slept in our beds for two nights before making the 7 hour trek down south again.

Covid-19 restrictions had recently been changed to allow 20 people at funerals (instead of 10). The funeral home was able to broadcast the short, graveside service on the radio for those who exceeded our limit and chose to come and sit in their vehicles during the funeral. The weather was beautiful – our last day of sunshine, mild winter temperatures, and no wind – before severe winter weather struck (and we’re still in extreme winter weather warnings nearly 2 weeks later).

Two days after the funeral, during a snowstorm and terrible roads and with very cold windchills along the way, the kids and I slowly made our way north to home.

I had planned on staying until the weather lifted – in which case, I would still be there – but a conversation with my mother required me to make a choice between sanity and safer road conditions. I chose mental health.

Boundary work has meant being willing to stand up for my needs and then follow through with actions to support myself. As frustrating and disappointing as it was, I am proud of ‘rescuing’ myself. I had drawn a boundary line this past summer for my mother and this was the first time that I needed to follow through with a consequence. It needed to happen. She did apologize before I left. I could have then backed down and let the weather keep me captive but I recognized her falling into her old pattern and knew that it would just end up happening again and again until I left. It was better to reinforce the fence and walk away for a time.

In the weeks before Christmas, I came to a similar acceptance in my relationship with my dad: I need to rescue myself. It looks different than with my mother, but the foundations are the same. I need to live my life without fear of them or in need of their approval. It’s time to grow up.

There are so many other things to write about… but I am tired and cold and my alarm will be going off in an hour… so to sum those other things up goes something like this: I am feeling very broken, but this path of brokenness is the way of Life. I am healing – it just really, really hurts. I wish I could have it all together – that I could give some pithy statement that helps someone else who is struggling out there – but I’m just not there yet. May God continue to lead and guide and heal and comfort all who are travelling a similar path. 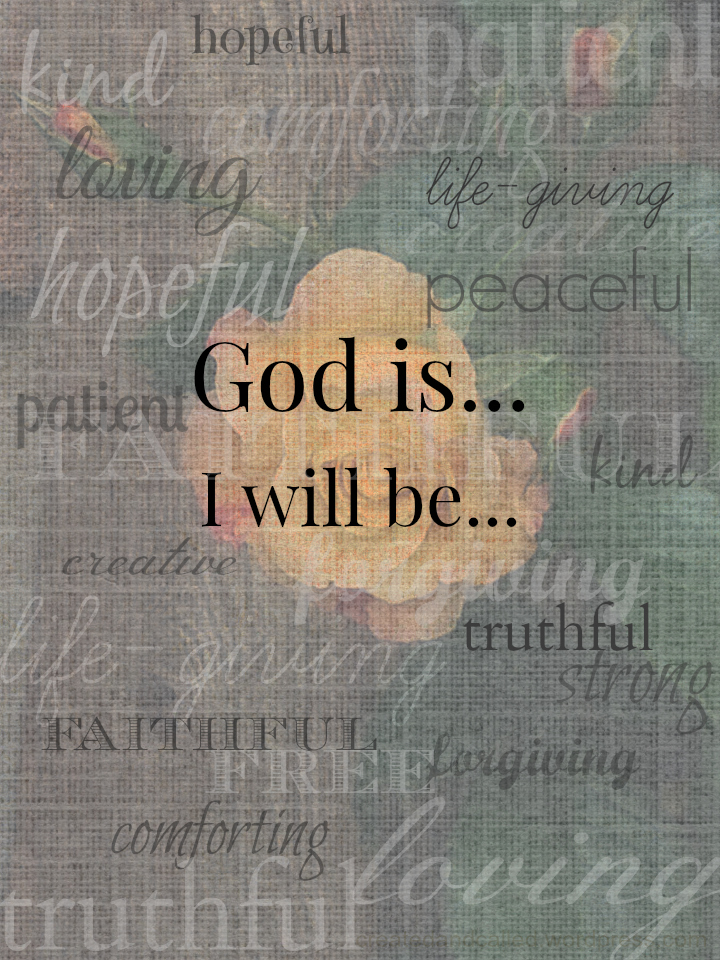